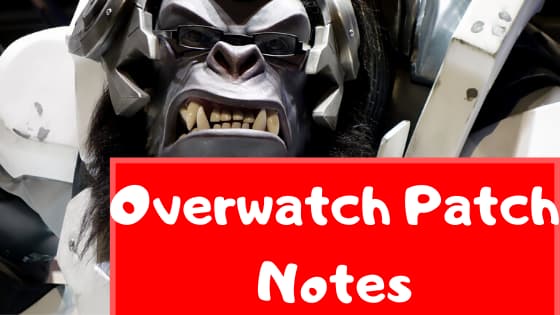 Overwatch Console Patch Notes post is for all the Console players in the world who are enjoying Overwatch. It is true that most often Overwatch Patches are the same for both PC users and console users. However, this time Blizzard issued some console exclusive patches with February 12 update. Since it is vital to understand the impact and the detailed patch notes I decided to write this article on Overwatch Console Patches.

Actually these patches were implemented in Overwatch Test Servers (AKA PTR) on February 6, 2020. By doing this blizzard is able to test out the new changes before introducing them to the live servers. According to my research, these console exclusive Overwatch patch notes were not available in the test server. They were directly released to the liver server with the latest February update. Also if you have time check out some cool Overwatch Workshop Modes.

As usual brain dead briggeta has been nullified. Well, Brigitte has been nerfed a lot again. What do you think about this nerf? Comment below. Her armor healing power was reduced from 75 to 50 armor. This is a huge hit. Now briget has 25 less armor heals lol.

Comment: According to developers Brigitte’s healing powers are overpowered. I don’t know the reason behind it. So they decided to nerf it. I’m my opinion only OP thing about Brig is her ultimate. It is impossible to kill a brig when she is using her ultimate, Rally. Sometimes, she can even survive rein’s charge. This is actually sad news for PS4 users.

Comment: This is actually a very good Overwatch patch. When I’m playing symmetry I always feel that her gun is kinds a potato gun. Increasing the Photo Projector’s damage will fix this issue. Even in close ranges now we can try using the secondary fire now. Since it is way more powerful.

Comment: I have mixed ideas about this Overwatch console patch note. This is like the scatter nerf they did. If you are pro with widow you can kill people easily. But there are only a few widow pros in-game. Most of the time normal widowmaker players are never OP. Reducing the full charge time will hurt a lot of widowmaker player. The widow never deserved that. Instead, Blizz should nerf doomfist.

Comment: If you hate Ball, this is your chance. This update let Wrecking Ball’s enemies to regain control of their abilities and move more easily and quickly to try and avoid attacks. So no more deadly combos.

As promised following are the console exclusive patch notes console (PS4). Don’t forget to through one by one and comment below what do you think about those. In these console-exclusive patches, Blizard has increased Projectile size for Ana’s allied shots from 0.3 to 0.4. Also, they have nerfed Symmetra’s sentry gun damage from 34 to 30.

As a sum up, after this update, Widowmaker has to charge his sniper rifle extra 0.3 seconds. Symmetra will be able to go damage up to 140 per charged shot. Wrecking ball with have a harder time doing deadly combos. And Bridgette will have potato heals now. This concludes my Overwatch Console Patch Notes post. If you have any questions, concerns or suggestions please comment below. We are always online.

When did the latest console exclusive Overwatch Patch released?

What heroes got affected by this update?